July 1st is Canada Day. We usually go to see the parade on Princess Street or join the festivities (face paintings, horse/wagon rides, min petting zoo) at the Grass Creek Park. This year, we went strawberry picking instead. There's a really great u-pick farm in Kingston - Fruition Berry Farm. It is not that far, only about 15-20 minutes drive from the house.

This was our first time strawberry picking in Kingston. We went once before... a long time ago while, vacationing in the UK. That time was not so great because it was at the end of the season. This time around, the strawberries were at their peak. There were lots to pick. It didn't take us long to fill our two 4-liter baskets. The strawberries are spray-free too, so we got to taste them while picking. They tasted great - sweet and fresh! These strawberries were probably the best strawberries I've had - kids and Roy agreed too. We'll definitely try to come again next season.

- Posted by ehaz
Posted by Azroy Kandan at 8:17 PM No comments:

Movie: Oz, The Great and Powerful 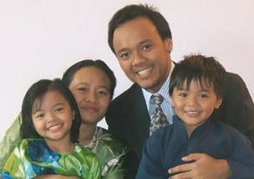